I know I've posted Space Shuttle booster cams before, but this one really is the shizz, great sound, some beautiful imagery and telemetry to show just how fast the thing is actually going:


The shot of the other booster trailing smoke and plummeting at about 5:47 is one of my favourites.

By coincidence the first time I watched it I happened to be listening to this, and found it a perfect accompaniment. When both are started at the same time the song syncs with the video quite nicely:

Back in the saddle

So after getting my bike looked at and adjusted a little by my physio, on Sunday I was allowed to try my first ride since The Hip. That's what I'm calling my injury now. It rolls off the tongue a bit easier than gluteal weakness, although the latter enables jokes to be made about going about things half-arsed.

I had to promise to only put in a short 30-30min gentle ride. No hills, and nothing beyond an ambling pace.

In one of those moments where everything works, the random shuffle on my MP3 player seemed to have known something was up.

First up as I hopped on (sort of, mounting and dismounting is still painful) it played "Crime Scene Part One" by The Afghan Whigs, which is close to being my favourite song ever.

Then it followed up with some favourite tracks right now in the form of "One and Only" by Concord Dawn, and "Keys to the Kingdom" by Unkle.

I was in a really good mood by this time, so got carried away and took some air off a judder bar. This was a painful mistake since The Hip isn't ready for any out of the saddle riding yet. Appropriately right then I got played "What makes you think you're the one?" by Fleetwood Mac.

The pain didn't last long though, and I finished the brief ride with the defiant "Rooster" by Alice in Chains. It was a nice sunny day, the wind was behind me and I felt ecstatic. I hadn't realised just how much I enjoy the riding for it's own sake.

I've also managed to get back on a netball court, having carefully played a few quarters. After several physio sessions and a heap of directed stretching and strengthening exercises I'm back up to around 60-70% of where I was pre-injury. It still hurts if I move it wrong, I still can't run properly (sprinting still doesn't work), and I am favouring it automatically; the confidence of movement hasn't come back yet. In game itself it's still a bit niggly and unsettled, and I am constantly aware of things not being quite right. The non-sprint means full court netball is still out, so I have only been playing half court positions. Short dashes and darts are working so far, which is good since as feared I've lost a lot of fitness in the last month of not doing anything. It's a lot better than it was a few weeks ago though (I was worried initially about being able to play or ride again at all). Coming back from injury I have always found a bit awkward, this time is no different.
Posted by Off-Black at 9:13 pm No comments: 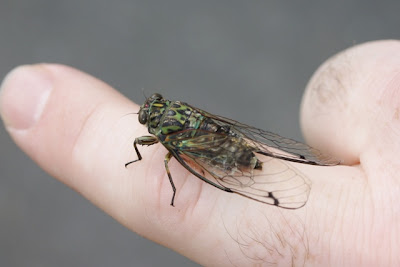 I'm not that big on bugs in general, but I have a soft spot for cicadas. They are colourful, docile, noisy, and their song is an essential part of the niceness that is summer.

One of the effects of our summer being not so awesome is that our backyard has been a bit quieter as the cicadas haven't emerged until late in the season. Even when the hills all around have been ringing with cicada song, our place has been relatively quiet for some reason. It is only in the last week or two that we have had them in normal numbers.

For those who have only seen our backyard in winter, this is what it sounded like this time last year when they were in full song. For places with a slightly bushier surround than ours it can get surprisingly loud:


And as Fi pointed out, it would have to be a noisy creature with markings like these on it's wings: 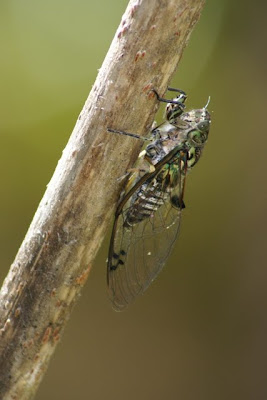 Charlotte likes cicadas too. Here she is with a little friend a year ago. 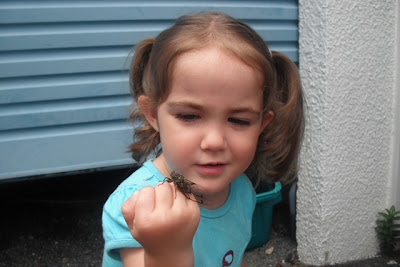 This summer she has moved on to collecting the nymph husks and adopting a live cicada for the day (named Cyril). 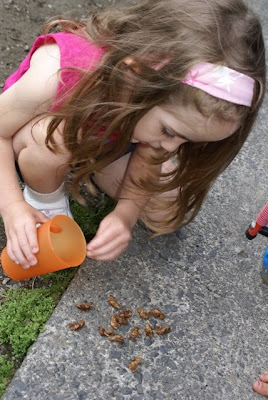 She also branched out into other insect fauna and became the proud owner of a Giant Dragonfly (deceased), naming it Shodeol. No, we have no idea what that means or where it comes from either. 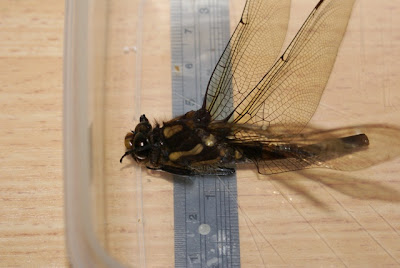 Cicadas and dragonflies are thus Charlotte approved, but she wasn't too keen on the Stick Insects though... 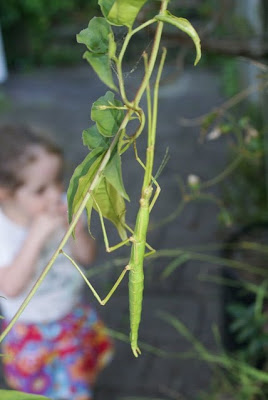 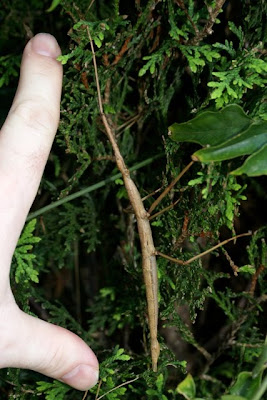 Or the big Puriri Moth that got into the house one night (pic about life size). 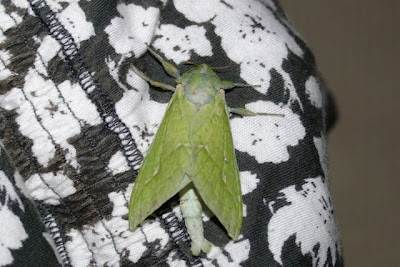 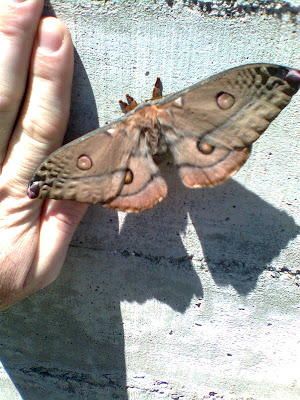 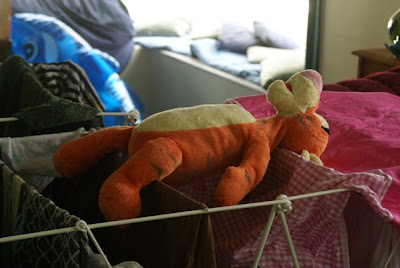 As he woke up, Tigger realised he couldn't remember a damn thing about the night before, but figured if he had passed out on the laundry rack it must have been a hell of a time....

(Even Tiggers need a wash sometimes, and, the above was the first thing I thought of after walking into the lounge one morning and seeing him drying on the rack...:) )
Posted by Off-Black at 7:51 pm 2 comments:

Turns out it wasn't just my opinion: the summer really did officially suck. Even NIWA thinks so:

A Summer in name only

21% less sunshine hours than average and no hot days. Seems about right. Out here in the Hutt we are usually 1 or 2 degrees warmer than Wellington, but there were still few 'wow it's summer' days.

On a slightly more whimsical note, I noticed this in Wellington yesterday mid-weather bomb: 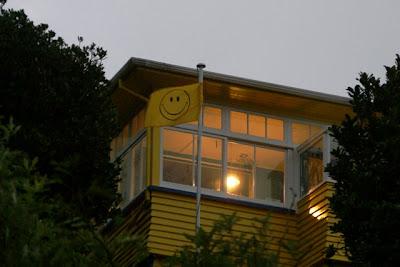 It could be worse.

Our place is on a north-facing slope, so we in our spending most of the day at home we missed the worst the storm could deliver locally. Driving into the city in the early evening though was an interesting experience, with rain so heavy we had to slow to close to half the speed limit, not because of flooding, but because we just couldn't see the road ahead. Wind by that time had dropped to about average for a southerly storm around here.
Posted by Off-Black at 9:01 pm No comments:

How did it get to be March already? Summer goes by too fast. The days now are shortening, and a chill coming to the nights and mornings. December doesn't really count as summer, everyones all focused on the end of the year, January is generally a blur of holidays and getting back to work, then February goes by only slightly less quickly.

Not that it was a particularly memorable summer anyway. Never actually cold, and not quite the worst summer I can remember (that was around 1991-1992), but close, and only occasionally warm and calm around here like we know it can be. Mostly grey and wet at the times we didn't want it to be. There was a definite paucity of hot days and evenings, and swimming at the beach.

I'm usually the last to complain about the weather, but my pragmatism has been sorely tested this summer. Thanks a bunch La Nina.

Still, there were one or two nice sunsets to be had: 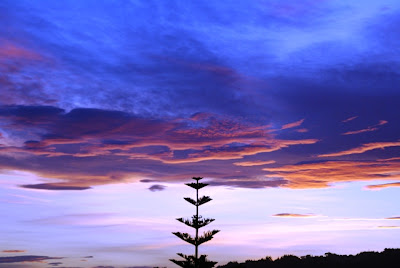