Listening to: A Pixies best of. Trying to figure out if I really like the pixies, or just a few of their best known songs. Given how generally revered they are, there is a not small quotient of peer pressure to like them, however I am as yet undecided.

After getting all dressed up, we wound up with nowhere to go on Saturday. Weather like this caused our Tongariro crossing trek (info link here if you don't know what I am on about) to be abandoned. 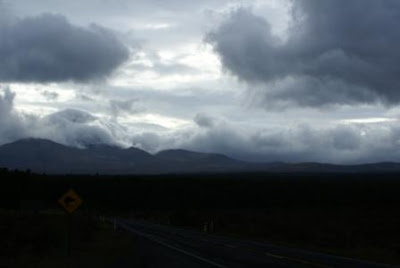 The wind was forecast to be gale force, and combined with the cloud (no visibility) and rain (no fun), the mountain would have been getting into the arena of the dangerous. Anyway, while we were having big doubts, the decision was made for us by the tour operator pulling the plug.

We made alternate plans....Anyway, in the picture above, Mt Ngauruhoe is under the lump of cloud on the left (above the road sign), and thats pretty much where the traverse track passes. Below is Mt Ruapehu looking as picturesque as possible under the circumstances. 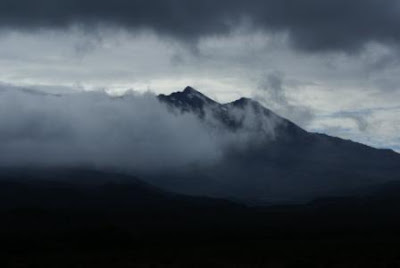 Altered road sign, reflecting one of the regions other drawcards, and the ancient rivalry between skiers and boarders. 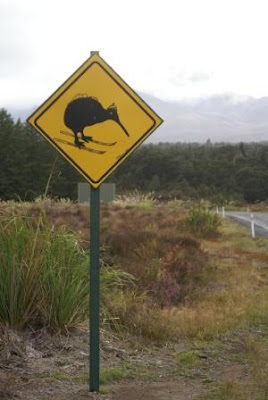 After some discussion over breakfast, and much finger pointing at a large map on the wall in the hostel, we decided on a quick stroll around nearby Lake Rotopounamu (info linky). Although as 'roto' means 'lake', really it should be just Rotopounamu, otherwise its like saying "Lake Lake". 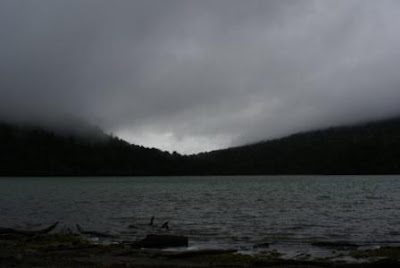 Anyway, Rotopounamu was way easier than the crossing would have been. It even has a nice beach. 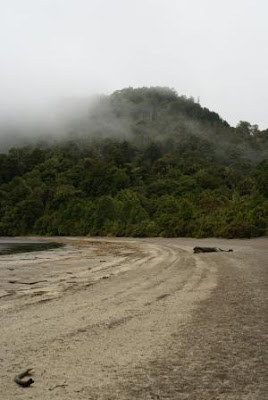 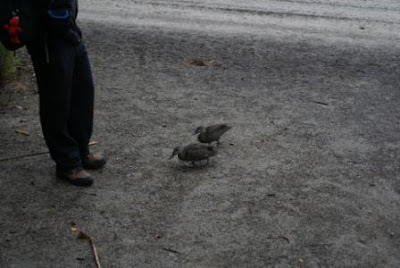 And pretty side tracks to get to the waters edge. 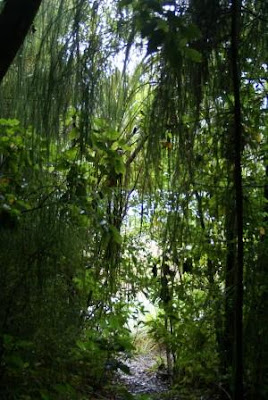 After a less than taxing two hours we retired to Tokaanu for another walk and relaxing swim in the hot pools, then meandered home, to try and do the Tongariro crossing another time.

Listening to: A Prince Best Of that the Judge lent me. Ta muchly!

I can't decide if late summer is my most or least favourite season.

Most favourite because it is the hottest and stillest, the cicadas are out in force, and all the things I love about summer are at their peak.

Least favourite because it means the summer is nearly over and the gradual cool slide towards winter will be underway in a few weeks.
Posted by Off-Black at 11:47 pm No comments: Links to this post

On a whim to see how fit I really am at the moment, I did the Round the Bays fun run yesterday.

The course wends 7 km from Frank Kitts park on the waterfront to Kilbirnie Park, via Oriental Bay, Balaena bay and numerous others, hence the 'Round the Bays' moniker.

I did it in 45 minutes and 41 seconds, roughly 6 and a half minutes per K, which isn't bad for a non regular runner. Slow, but steady. I also ran with a backpack full of stuff, after turning up too late to deposit it at the bag check. Running with the back pack was interesting; if I changed direction suddenly the backpack movement would go out of phase with my body, and take a few paces to realign itself.

I finished 2806th out of 10,000 odd runners and walkers. I confess I did not run the whole way, but I never stopped moving forward. I started walling up just after the 5K mark, and stopped three times, walking about 100m each time. I forced myself to run the last K, and ran the last 100m or so as fast as I could, which is supposed to be bad for you, but feels good to do at the time, and I passed about a dozen people on the way to the line.

I had to wait until today to confirm my time, as I totally missed the clock at the finish. I thought I had done it in about 50 min, having anticipated anything up to an hour, so I was pleased to see this morning I had gone faster.

Reminding me that jogging is not my regular exercise of choice, today my quads are very sore.....I have been hobbling a bit all day, particularly down stairs. I was alright for netball, but a little slow, and once the adrenalin wore off the ache has come back...

The first K passed very quickly. I enjoyed the freedom of running down the middle of what are normally some of the busiest roads in the country, to the accompaniment of the sound of thousands of soft slaps of feet hitting the pavement.

Also fun was hedonistically littering at the water stop halfway, gleefully throwing the plastic cup to the gutter. I am normally a fastidious rubbish bin finder, so this was a cheap thrill.

The fire engine spraying the runners near the 6K mark was brilliant. I nearly circled round for a second pass through the water.

Around the 5 K mark I started to encounter the wall, encouragingly not in my lungs, but in my legs. Rather than getting breathless like I used to do, the problem now is keeping my legs going. The same applies to riding up my hill; my legs give up before anything else. This never used to be a problem, as I would always be out of breath before encountering other stresses. Not being quite sure how far there was to go, I let myself walk a bit. Next time I will run further.

I interpret this as good, as it means my core aerobic fitness is up. Seconding this notion is the fact that I can't remember when I last used my ventolin inhaler. I didn't before the run, and it only occured to me as I write this that I gave the inhaler no thought at all yesterday. I haven't been using it before netball for sometime. I am still occasionally syptomatic, but my asthma is very mild at the moment.

Thanks to all for your good wishes and fuzzies about our impending randomly generated new person. It is great to have your support, and I appreciate it.
Posted by Off-Black at 10:51 pm 1 comment: Links to this post

Listening to: Shihad live at the Big Day Out 2000-The Channel Z tapes.

Kind of an official bootleg recording of several Shihad songs at various Big Day Out locations (Auckland and Australian) in 2000. It was released with a special edition of 'The General Electric' in mid 2000 or so. Now having bought the original General Electric when it was released, I thought this was a bit of a rip. Displaying an unsual amount of confidence, I said this to a CD store worker, and asked if there was any way I as a loyal fan, could get the bootleg without being stiffed for a CD I already had. The dude agreed that it was a rip, had a look around, and quietly told me to come back in half an hour when the boss was at lunch. This I did, whereupon I was slipped a small brown paper bag containing the CD, at no charge....way to win customers and influence people!
As live recordings go it isn't great. The sound is not so good, and peaks and troughs a little, but I was at one of the recorded gigs, which more than makes up for it.

Ferries crossing in Wellington Harbour, at sunset on a very still, hot evening. Pencarrow Head in the distance, Somes/Matiu on the left. 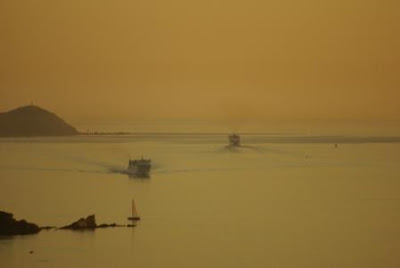 Landing lights of a plane coming into the airport reflected on the water at dusk... 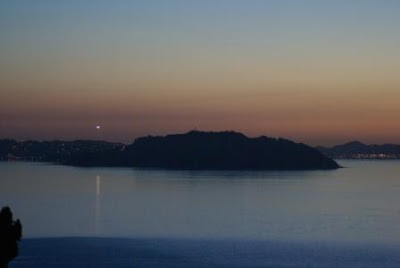 Someone in my neighbourhood flying a string of small kites from their deck on a hot summer evening. 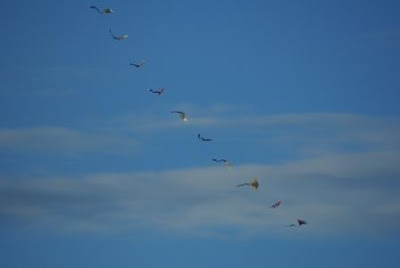 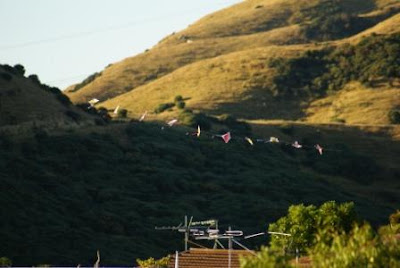 Sunrise over Wellington harbour, from the waterfront. 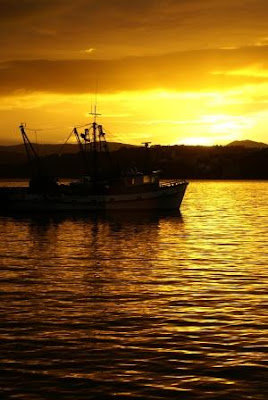 For D3vo, an interesting letterbox in Moera 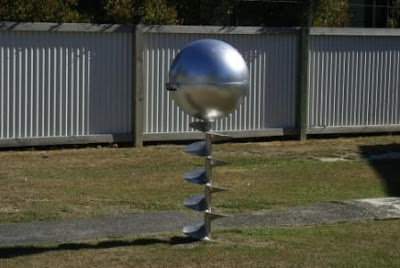 Also in Moera, possibly the coolest kindergarten playground accessory ever: a functional set of traffic lights 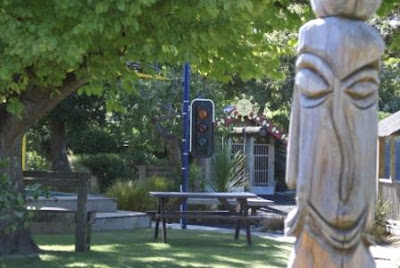 The Ava rail bridge over the Hutt River on a very still summers morning. 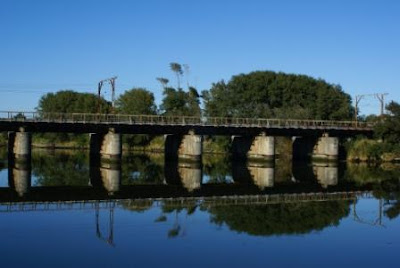 Houses on the hillside in Hataitai 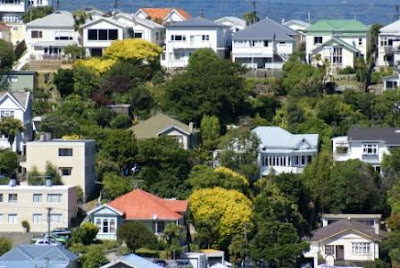 Idle cranes over Aro Valley. Would be a much better picture if I could have got the power lines out of shot. 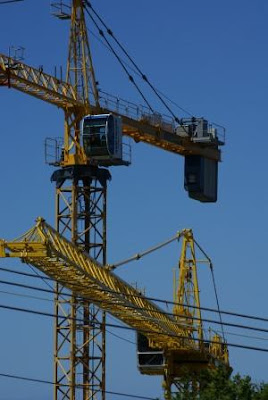 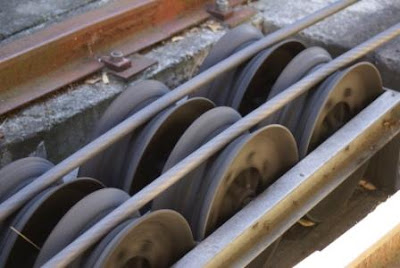 Cool house above Scorching Bay. When I was little I loved the way houses like this looked. I thought they were the essence of modern and as far away from the classic state house mould as you could get. I still think they are great. My house is a little like this, which I love. 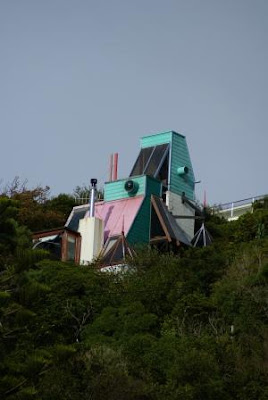 The finger of God over Eastbourne, from Scorching Bay at dawn. 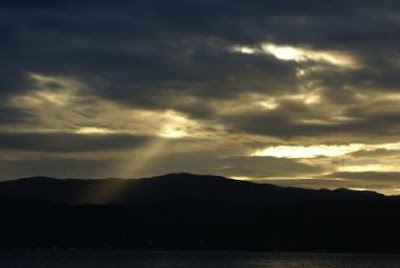 Looks like I'll have to start learning some nursery rhymes and lullabys....:)
Posted by Off-Black at 9:48 pm 7 comments: Links to this post

So who scored the two point shot off the last possession of the game, with 3 seconds left on the clock, to take us from 39-40 down to 41-40 up and win the game on Monday night?

Feels cool to do that once in a while.
Posted by Off-Black at 10:17 am 4 comments: Links to this post

Say Hello to my leetle fren'

Stretch and Judge appear to have been adopted. 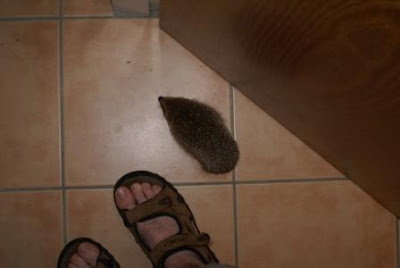 Given the usual timidity of its brethren, the fearlessness and curiosity displayed by this critter is impressive. 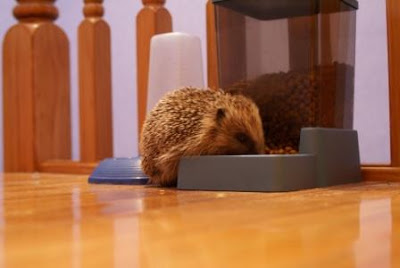 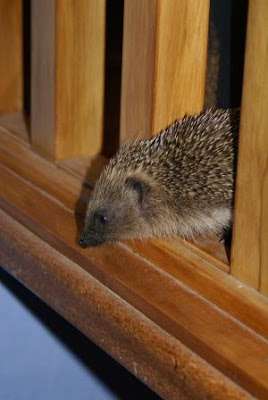 The resident housecat is not amused, but seemingly at a loss to do anything. 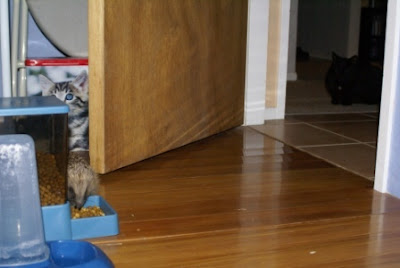