Listening to: Shihad-Beautiful Machine. Quite loud as I am alone in the house for a few days.

Just some random shots from around the very calm and still waterfront on the weekend. 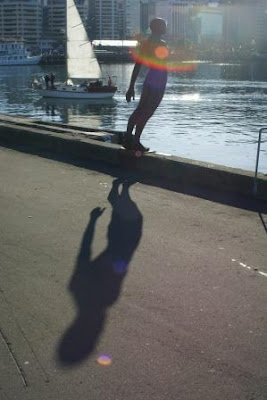 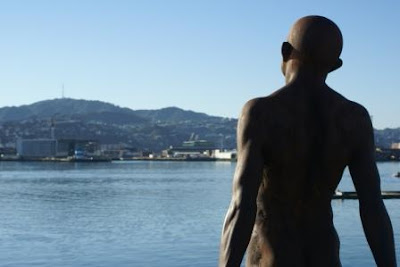 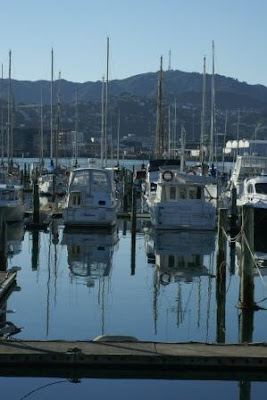 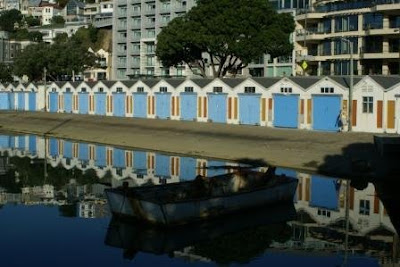 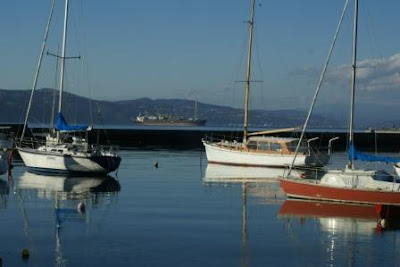 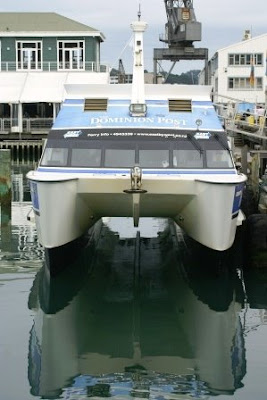 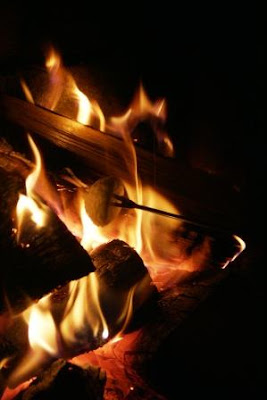 Two of the patch of gimungous big mushrooms that have sprung up around a tree in our front yard: 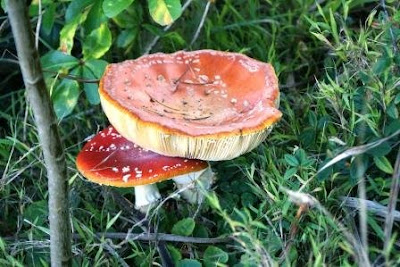 Posted by Off-Black at 11:44 pm No comments: Links to this post

A Day In the Life

I have been busy lately, more so than usual, so haven't been blogging or facebooking as much.

-I am sick of watching the sunset from work, so I am officially job hunting again. Not enjoying the 'new' job anymore and want to do something else. Suggestions and offers welcome....

-None of my netball teams have won games for ages it seems. Close games, just not winning ones.

-I am too busy to ride to work at the moment. I like riding to work.

-I am buying the new Shihad album tomorrow (well actually today since it is after midnight).

-I am still looking for a Homegrown ticket.

-I am a lot more interested in holding babies than I ever used to be.

-Our new houseguests are working out well, and very pleasant company.

-Damn if it doesn't feel like winter all of a sudden.


Right then, on to the thing I was going to post about.

I should have posted this about a month ago, but I have been busy.

The 'day in the life' concept was essentially send a bunch of photographers to various points around the country, and have them shoot anything that took their fancy, all on the same day.

The results were collated, edited, and published in a book later that year: 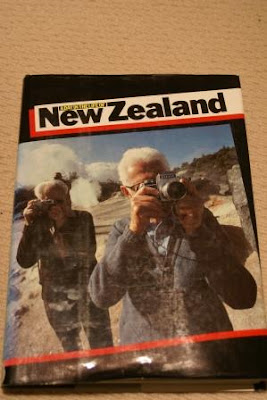 1983 doesn't seem that long ago, but twenty five years before 1983 it was 1958, which puts the gap into perspective. I've always liked big style picture books, but this one has always been the king, because it offered a perspective of my own country, and I have always been interested in that. My aunt and uncle had a copy, and I leafed through it countless times. All of the images are now familiar.

Its an interesting book, because it is a snapshot of a time I can remember, with some things that are still familiar, but others that are long gone. I wonder what happened to the people in the photos, if being in the book was significant to them. Some are undoubtedly now dead, children have become adults. I tried googling the names of the newborns featured, but didn't find much.

18 March 1983 was a Friday, so on the day these pictures were taken I was at school at St Michaels Catholic Primary in Taita. We had only moved to Lower Hutt four months previously, so I was a few weeks into a new school. Fortuitously we were doing a class project on aviation, which no doubt helped the settling in process.

I had a look and tried to pick out a few favourites. This one on Mt Aspiring has always stood out. 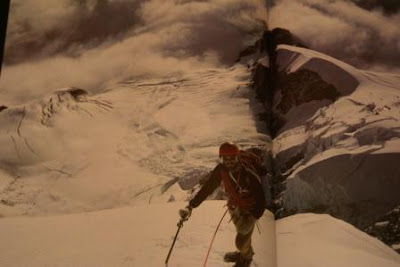 And this dustie in Newtown leaping from his truck. I vaguely remember the tills on the back of the rubbish trucks, but can't remember why they were there. The dusties are long gone now, replaced by kerbside collection. I love all the incidental details; the guy fixing the window, the 'Big Red' bus visible on the right, the cars. I wonder who 'Don Cortina' was. 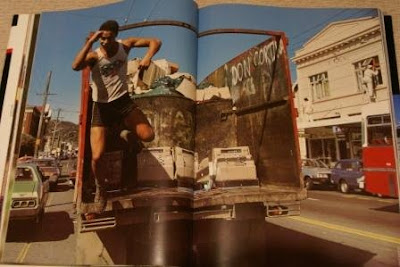 At the time I gravitated to the images of kids my age, or close to it. 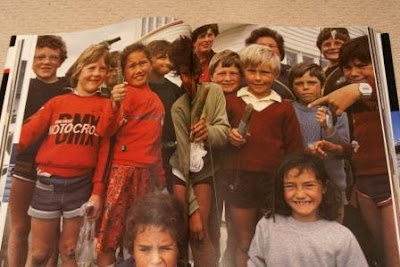 I remember this mural quite well. I think it survived the Pigeon Park/Te Aro Park transition, but it is gone now. The XA Falcon in the background would not have been a new car even then. It would be a classic now. 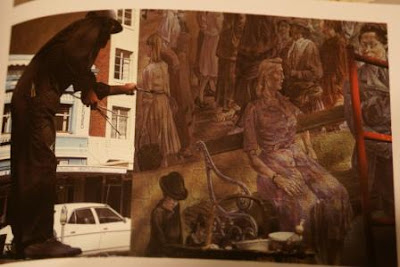 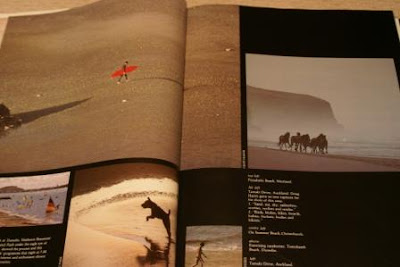 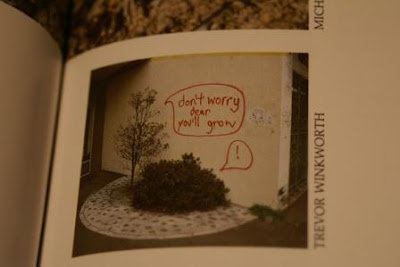 The effort was repeated in 2000 for the dawn of the millennium, but it is an inferior work, and doesn't cover as much ground.
I picked up a copy of the original at a book fair last year, and still take the time to lovingly peruse it every now and then.

The drought has properly been broken, and there is the sound of rain on the roof. Had to happen sooner or later....

Finally getting around to cogitating and ruminating about the Split Enz concert a few weeks ago.

About finally getting to see this band live.

I was too young to get in on the act in the bands heyday in the seventies and eighties. I didn't think I was cool enough to go to the 1993 reunion tour (seriously, thats how dumb I was). So for the 2008 reunion tour I was in.

I can't say they are my favourite band, or even my favourite New Zealand band, but they have always had a presence, from the earliest time I could remember music. The synth line of 'I got you' triggers memories of being a four year old in Avalon (along with Meatloaf's 'You took the words right out of my mouth oddly).

I remember seeing the video for 'Dirty Creature' in 1982, and knowing the song was about a Taniwha, being somewhat disappointed when there wasn't one in the clip.

I remember 'Six months in a leaky boat' being banned from UK playlists due to the Falklands War.

I remember arriving early at school one day and hearing the haunting tail end of that song floating out of a dorm on a still summer morning.

I finally got a copy of the greatest hits on tape sometime in late 1993 I think. It became one of the soundtracks to that summer for me. Hot summer days and nights, forming new associations with familiar tunes.

In early 1998 another hits collection was released, and more hot summer nights had an eclectic soundtrack. The live version of 'Time for a change' on this collection (Spellbound) is one of my all time favourite live recordings. Recorded at one of the reunion gigs, the song starts simply and quietly, but when the drums and guitars kick in for the mid song instrumental, the crowd erupts, and atmosphere pours from the speakers.

It made me wish I was there.

So was it a good gig?

Yes it certainly was.
Posted by Off-Black at 10:11 pm No comments: Links to this post

Listening to: 12 Deadly cyns and then some-Cyndi Lauper. Mainly for 'True colours' and the remix of 'Girls just wanna have fun'.

I was going to post about the Split Enz gig, or about the 25th anniversary of the publication of 'A day in the life of New Zealand', or attempt to list all of the great concerts I have been to, or the significant ones, but I don't have the mental energy, so I'm just going to list instead. Expect posts on all of the above in the near future.

Wherever I lay my hat-Paul Young

The Room that echoes-Peking Man

You belong to the city-Glenn Frey

Live it up-Mental as anything

Thats the way it is-Bruce Hornsby

I could hunt around and find all the tracks cheap and make my own compilation, but it is easier and lazier to find one already done.

Definitely not wanted
Anything by the Housemartins. I don't care if Fatboy Slim was in it. It's still naff, and 'Caravan of love' was used in a rubbish ad for the 1990 Commonwealth Games, or Telecom or something.

I know the airtime is paid for and all,

but it is really incredibly annoying and frustrating to hear an event continue to be advertised when all the presales are gone and you can't get a ticket. *


So if anyone knows anyone looking to offload a couple of tickets to Homegrown on 26th April, I'll take them, and will negotiate a fair price and all, possibly with a hint of profit.


*Almost as annoying as turning up at a business that says it is open until 2pm, only to find them closing the doors well before that time and thus not offering their advertised services.

Congrats VTNZ, you have just lost a customer.
Posted by Off-Black at 4:17 pm No comments: Links to this post

I often use idle brainpower at work (and in my current job there is a lot of it) to think up and plan blog ideas.

Then I leave work, come home, chill out.

Maybe I should carry a notebook or something.
Posted by Off-Black at 9:30 pm No comments: Links to this post