I'm heading over the ditch to Melbourne next weekend, and in the vein of the previous photo challenges I've tried, I thought for fun I'd revive the concept and ask for a hit list of things to photograph while I'm over there. Things must be readily visible, or not going to get me arrested by photographing them.

So, if you are reading, challenge away, and I'll post the results when I get back.
Posted by Off-Black at 8:20 pm No comments:

January and February go by so fast. We ended 2012 by hitting the road for our annual summer camping trip, starting at Marokopa on the Waikato coast. We'd been there a while ago pre-children, and it wasn't a hugely long drive, even allowing for Marokopa being a long way from anywhere, but two under fives in the back have a habit of drawing the journey out. They compensated by cuting the place up wherever we stopped. Like Taihape: 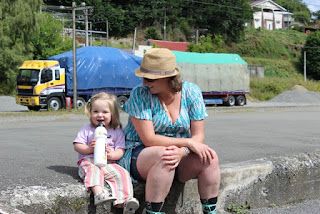 And Taumaranui (yes my daughter is picnicking on the footpath. That's where she decided the party was at): 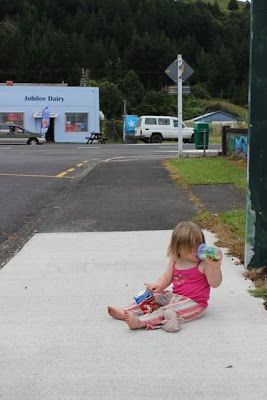 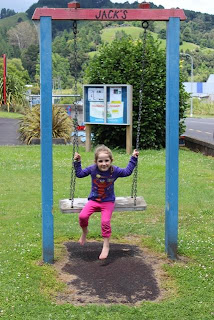 It was getting to late afternoon by the time we arrived at Marokopa, and started putting the tent up in 30+ degree heat. 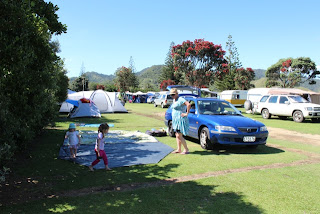 That done we had a wee explore. This is pretty much it, and I like that: 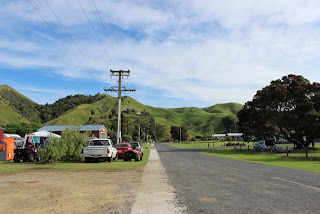 After tea we retired to the cabin/unexpectedly plush guest house our friends (whose idea it was to go here in the first place) were staying at to hang out and admire the view: 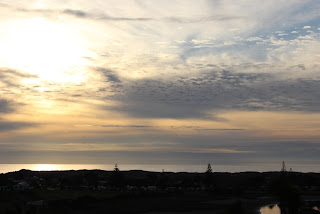 Marokopa is all about the fishing, and this was proved when the campground manager wandered over to give us one of the two crayfish he'd caught that day. Cooked and ready to eat and completely free of charge. I didn't ask how big the one he kept for himself was. 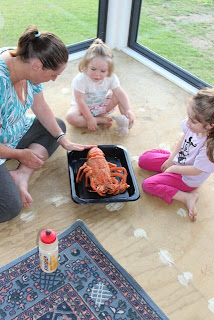 As I said the essence of Marokopa is fishing. It's at the end of the road and there isn't much else to do there. It is also the quietest camping ground we have ever stayed in (apart from the ubiquitous quad bikes used to travel the beach) , since most occupants are getting up pre-dawn to catch the morning tide. So the next morning we joined our friends on the black sand beach to see what could be caught. 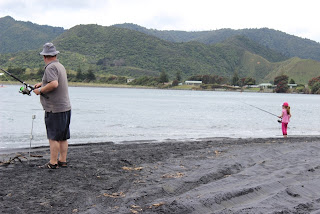 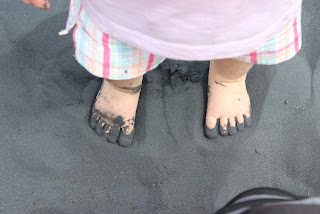 Nothing as it turned out. The crayfish would have to do (disappointing, I know). Charlotte did find a starfish in a tree back at the campground though, because that is where you would expect to find them of course. 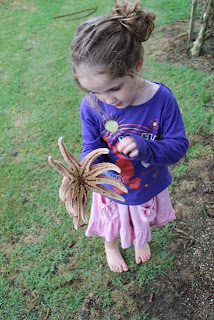 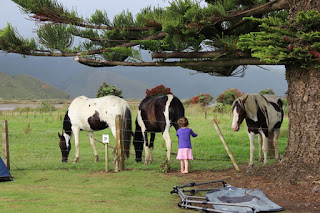 And Sophie practiced her photobombing skills: 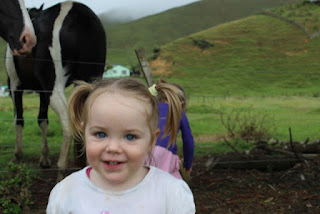 And once they were in bed I practiced my handheld moonlight river photography skills. 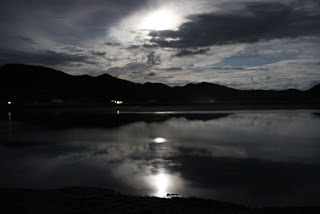 After an epic unbroken run of nearly two weeks of clear skies, warm temperatures and no rain that saw us heading to the beach more times in the space of a week than we did for the entirety of last summer, on Sunday night the thickening clouds to the west, and a palpable increase in humidity suggested rain was on the way. 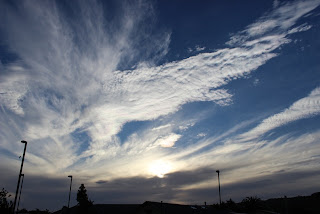 And on Monday it did, making up for lost time by delivering a month's worth of rain overnight. I was out on the motorway at the height of the deluge and it was some of the worst rain I have ever driven in. The 18-wheeler tailgating me so close all I could see in my rearview mirror was radiator grille merely added to the fun. When the warm front from the north eased off, a cold front from the south ramped it back up again. For a while the road outside my place looked more like a waterslide. 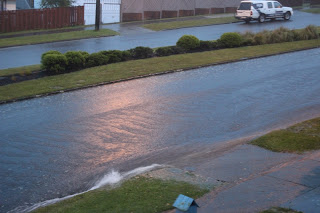