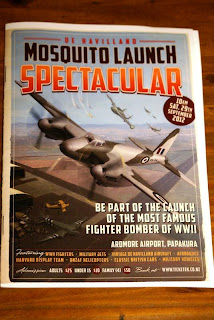 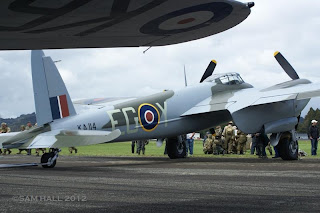 The Mosquito Launch Spectacular the weekend before last was, well, spectacular.

So rare type, public debut, never seen before for a lot of people and attracting worldwide interest. This event was the most anticipated show I can ever recall among the NZ aviation community; if it were a concert it would be the sort of gig people would want to say they were at years afterward. Being held up at Ardmore aerodrome in Auckland meant a bit of travel for my lifelong airshow companion father and I, but it wasn't something we were going to miss.

The de Havilland Mosquito was a world war two legend, gaining notoriety for being a hugely successful despite the anomaly for it's era of being made of wood, in an effort to conserve strategic alloys. The resulting design was light, fast and lethally effective. While designed as a light bomber, the twin merlin engines allied to a slick airframe resulted in a top speed equal to or faster than many contemporary fighters (as well as making it sound awesome), and it went on to excell in a number of other roles. Being made of wood though didn't make for good preservation, so there are only around 30 left of the nearly 8,000 built.

The Mosquito is a significant type for New Zealand as well. They were flown with distinction by NZ aircrew during the war, including the movie-script spectacular (again) Operation Jericho, and a squadron of them were flown at home by the RNZAF after the war before being retired in the 1950's.

The only Mosquitos I had ever seen before were in museums. I'd never seen one fly, and given none had flown in NZ since the 50's, and none anywhere since the 90's, neither had most of the people at the event. It was an exciting prospect (if you don't get why, well, you just don't get it :) ) And it didn't let me down.  Having ditched the car due to the traffic jam of likeminded people we were still walking toward the airfield when it took off for its first flight of the day. At first a slim but recognisable silhouette disappearing into the distance it returned to flash between the trees ahead of us, presenting a plan view as it flew low across the road and creating both a lifetime memory and a grin from the buzz. For its second flight of the day we were on the field and another wow moment in a day full of them, the Mosquito flying straight at us from a moody sky, with the distinctive merlin growl suddenly increasing as the pilot throttled up before passing right over our heads. Awesome. 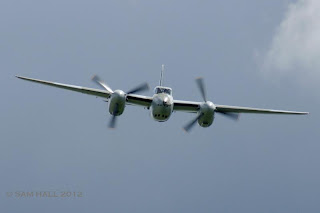 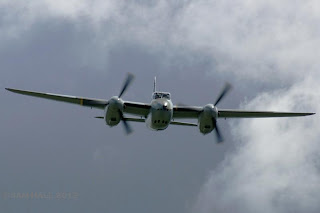 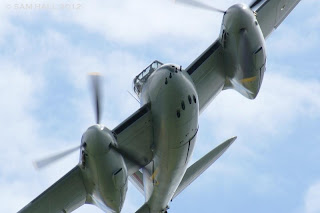 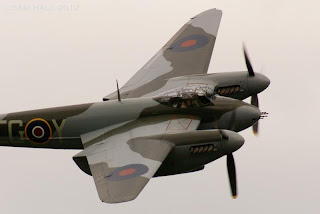 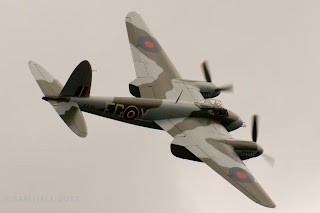 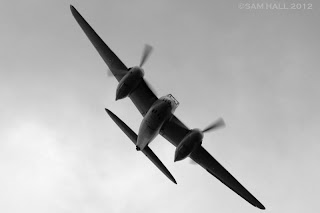 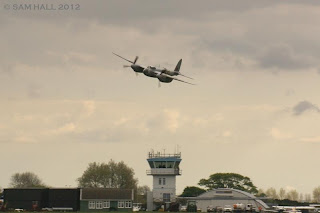 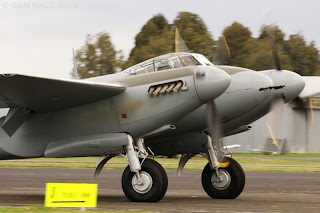 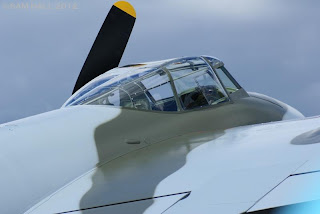 Later the Mosquito was joined aloft by a cousin in the form of a de Havilland Vampire from the same manfacturer. While one is a jet fighter (that replaced the Mosquito in the RNZAF at least) and the other a piston twin that look radically different from each other, they are actually a lot closer than they appear. They are only about five years apart chronologically, the Vampire has a significant amount of wood in it's construction, some of the same armament, and in the trainer version here even the same basic design for a couple of elements. 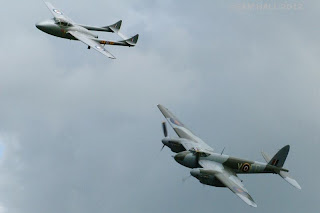 Another cool moment was when the Mosquito was joined by the other WWII fighters at the show, a Spitfire, Mustang and Kittyhawk, four Merlins and one Allison making beautiful noise. 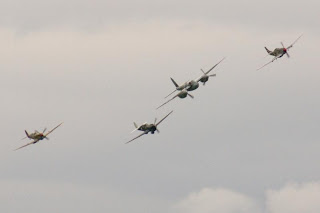 The three Merlin bearers shown here were all in NZ or NZ related markings too. 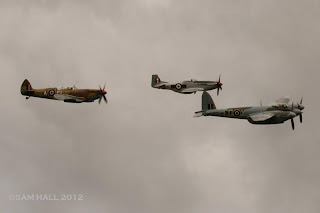 A section of unrestored fuselage was on show, both do demonstrate how it was put together and just how much work was needed to make it airworthy again. The entire fuselage wound up being built from new. 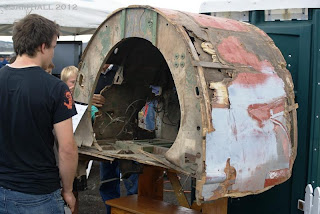 At the end of the day's flying an unusual thing happened. After all the VIP photos were taken, the barriers were dropped, and the crowd allowed to inspect the machine at close quarters. It's a rare privilege, and the crowd respected it. In a few months it will be in the US with it's owner (he put up the money for the restoration, NZ warbird restoration company Avspecs provided the skills), likely never to return here, and this was the only planned public outing for the aircraft. 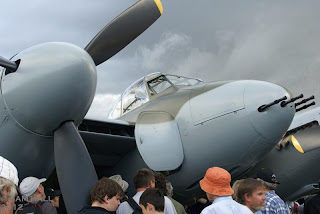 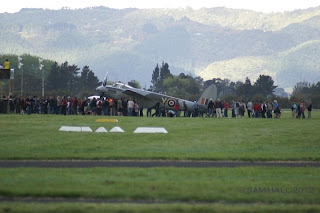 It was a fitting end to a great day. I've been to a lot of airshows, and seen a lot of cool stuff, but this was right up there.