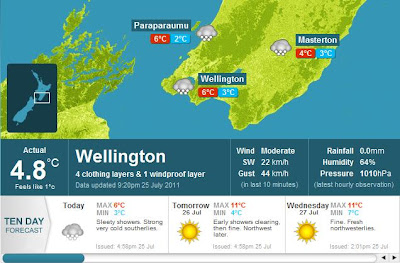 Screengrab from the excellent Metservice.com.

My backyard thermometer is showing about 4 deg as well, and combined with the lazy wind (Lazy because it goes right through you rather than around you) straight from the Southern Ocean and humidity it is bitterly cold tonight *.

It has been all day, and last night too, as part of a cold snap affecting the whole country, resulting in a rare dusting of snow around Wellington, and my patch in the Lower Hutt Valley in particular. Not a lot of snow, but snow on the ground around here just doesn't happen that often. Maybe a tiny bit once or twice a winter on the higher hilltops, but snow like we had this morning is more like a once a decade or so event. I'll even go as far to say I have never seen snow so low on the Eastern hills in thirty years or so living here. So cold, but cool :) 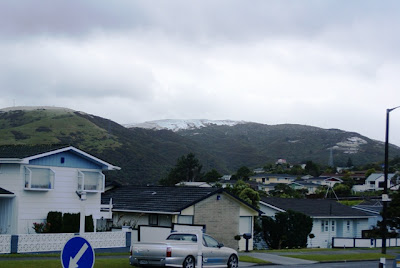 Eastern Hills behind Naenae. Never seen more than the odd tiny patch of snow up there. 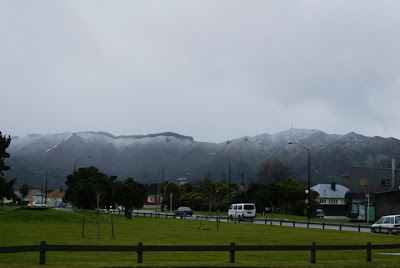 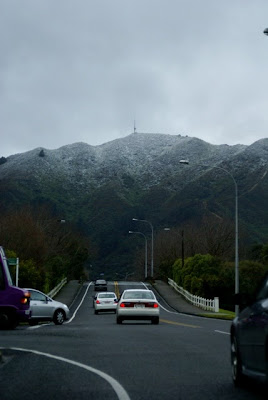 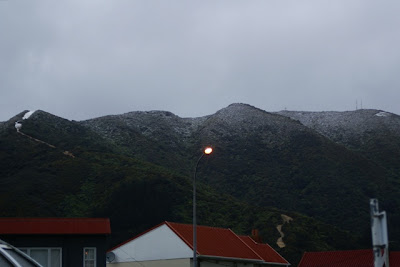 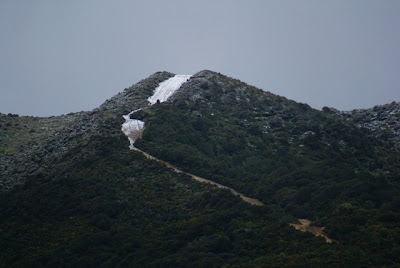 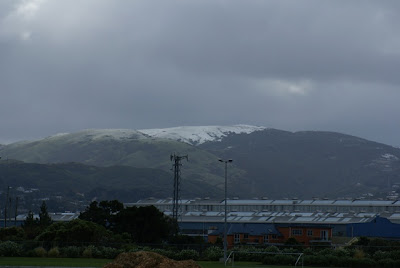 There is an outdoor walk-in fridge unit at my work set at 5 degrees. I went in there about midday and it felt warmer inside than out While it is still sleeting now, it is supposed to clear overnight, meaning likely frost and ice in the morning.

*While the absolute temp might not seem that cold to those used to more serious winters, I have been assured by visitors from places like Saskatchewan that due to the humidity the temperature felt is quite chilling. We are just used to it because we live here.
Posted by Off-Black at 9:32 pm

my family has a photo somewhere taken in the late '70s that shows snow on the ground where they were in heretaunga. about 1978 i think...but as that was before i was born i couldn't possibly remember (:P)

Silverstream had snow lingering on the ground circa 1944. I remember seeing it in an old St Pat's yearbook.