The foray that produced this earlier post was a trip to explore Palmer Head, above Moa Point on the south coast. Palmer Head overlooks the southern end of the airport, so on the right days I thought it might be a productive spot to get some uncommon angles on aircraft landing. The elevation of the bluff is above the approach path, so you can get backgrounds other than sky, and even look down on the aircraft a little as they pass.

The first results look promising, even if the weather was a little dark: 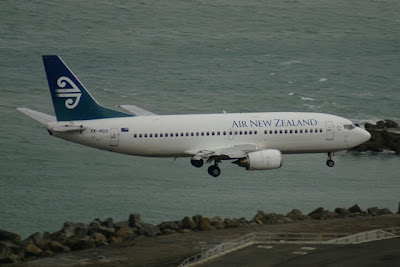 Given its location and outlook, Palmer Head was also seen in times past as an ideal spot for a fortress that could help command the approach to the harbour entrance. Abandoned now, with its guns long gone, it still keeps a vigil of sorts. 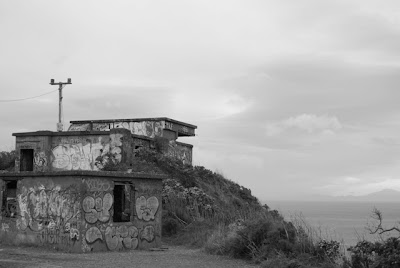 Although these days it is a lot less drab than when it was operational... 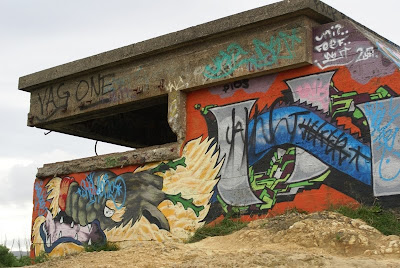 So much so that black and white doesn't truly do it justice. 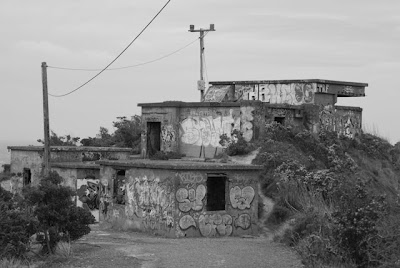 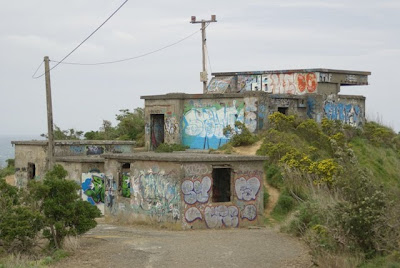 Wellington is liberally studded with abandoned fortifications if you know where to look. They date from various eras, either when it was thought the Russians/Germans/Japanese were coming or simply because it was deemed necessary. Being designed to withstand and repel bombardment, like many of their kind worldwide it was more effort than it was worth to demolish them once redundancy loomed, so here they stay as quiet memorials.
They still live in a way, in that there is plenty of evidence of them hosting booze-ups and other mischief. While there is a lot of meaningless graffiti left behind, some true artists have also been at work.
Near Palmer Head lies Breaker Bay and along the ridge above there is another complex of bunkers and gun emplacements that were once part of Fort Dorset, guarding the harbour entrance at Seatoun (whose last claim to fame before final demolition was that it hosted the Bree set for filming 'Fellowship of the Ring'). This one looks fairly typical from the outside: 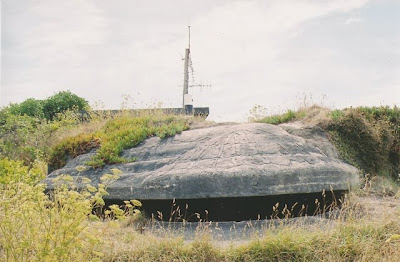 But if you go in you'll find this on the back wall: Anonymous comments no longer get published, especially if they have nothing to say about the post itself :)