Harking back to the summer that was, we spent the last day of 2012 driving from one side of the North Island to the other. Depending on which bit of it you are crossing, this can take either a few minutes, or most of a day.

Guess which one we were doing.

Going from the Waikato coast to Hawke's Bay is a longish haul straight through the middle of the island. that said we had good roads, perfect weather, active volcanoes and pretty waterfalls to look at, and even the odd moment of perfection in the back seat.

SH30 from Te Kuiti to Taupo. One of my favourite bits of road that I don't drive on very often. 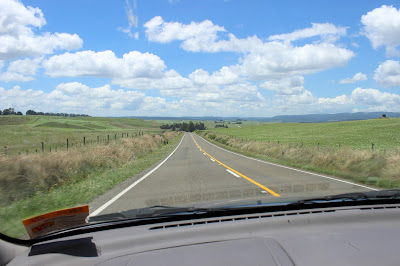 The aforementioned moment of perfection. 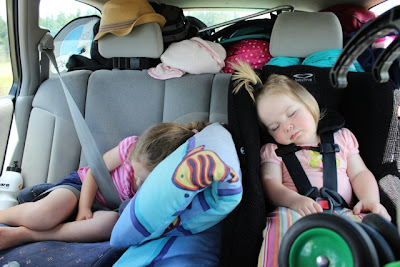 The white smudge at centre right is the active vent on Tongariro being active. 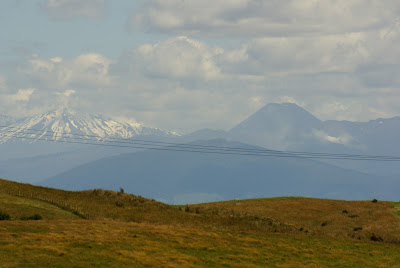 Waipunga Falls on the Napier Taupo road, another new discovery for us (having travelled this road all of once before). After revisiting Marokopa earlier in the day this was almost starting to feel like a waterfall tour at this point, which bizarrely, someone has actually done. 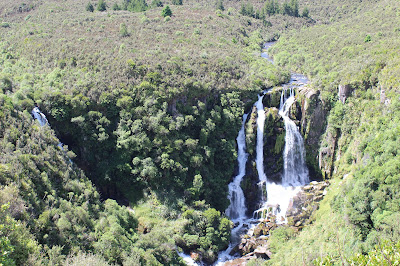 Our first sight of the east coast from the Napier Taupo highway. Moment of triumph tempered slightly by the reason we were stopped being to clean up a motion sickness related incident, after foolishly giving a toddler a book to read on a winding road. 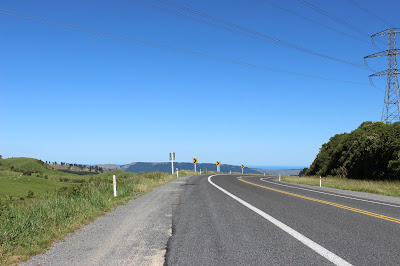 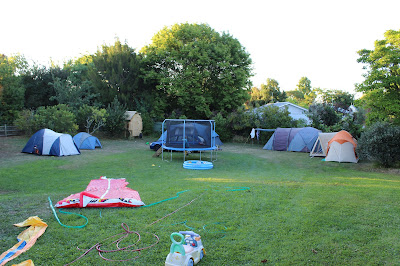 Spending all day on the road, then setting up a tent at the collective friends of friends before putting the children to bed though doesn't exactly set you up for a night of New Year revelry though. Although long days that end with a promising change of scenery are usually worthwhile. 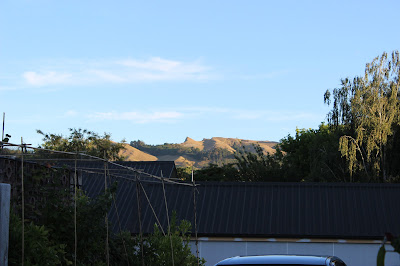