As I mentioned in the earlier post, on the night before the airshow I was lucky enough to be part of a group invited by owner/operator Brendon Deere to spend a couple of hours in a hangar on the base housing his personal collection of flyable historic aircraft.

While we were waiting to be escorted on base, the recently refurbished gate-guardian Vampire FB.5 was looking good in the evening light. 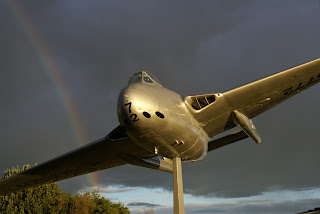 Dominating the hangar is the recently returned to NZ Grumman Avenger. This aircraft used to fly here in RNZAF colours before heading to Australia about a decade ago. It isn't ex RNZAF itself, but it represents the Avengers the RNZAF did fly in WWII and the years after. 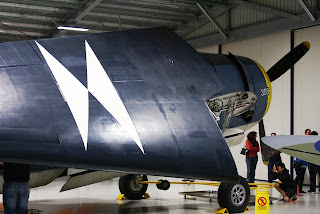 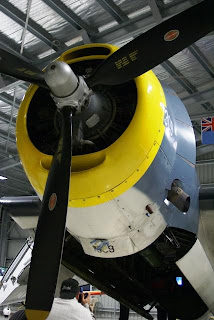 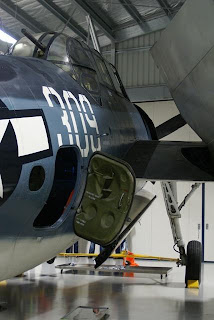 That's not an inspection hatch, it's an entry hatch. The Avenger is big, built around being able to carry a torpedo in an enclosed bomb bay, and enormous for a single engined aircraft. Comments about it's size on seeing one up close for the first time are quite common according to it's owner :). There is a legend that an entire fifteen man rugby team was once transported between RNZAF bases in one; looking at one up close it isn't hard to believe it might be true.

Having a look at this Avenger reminded me of the 1980's when I used to be able to go and explore a genuine RNZAF one near where I lived. The wings were stored on the ground nearby, and you could see where the paint had worn to reveal the original US Navy markings applied when it was built in 1943. 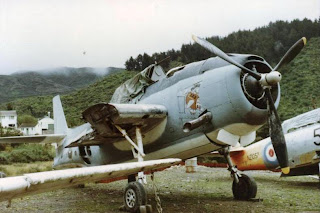 Photo credit Sean, via Wings over NZ forum
It was one of the first insights I had that these weren't just old aeroplanes; they had history and stories they could tell.

As well as the Avenger, the hangar is home to a pair of vintage trainers in the form of ex RNZAF Harvard, and Ex RAAF Winjeel. 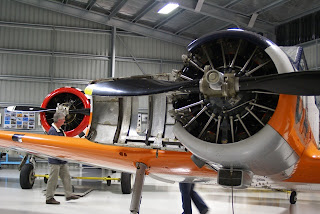 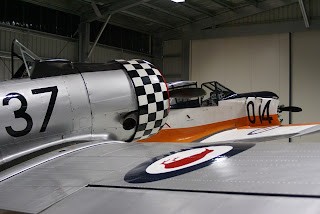 The highlight for many though, was the presence of Brendon's Spitfire Mk.IX. Brendon was responsible for bringing this aircraft to NZ, and completely restoring it to airworthy condition. It wears the markings of his uncle Alan Deere, one of New Zealand's most well known WWII fighter pilots. 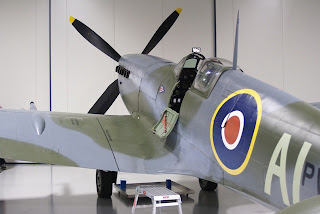 Like many surviving Spitfires, it has a varied history. Built in 1944, it served with the RAF,  Italian Air Force, Israeli Air Force and  Burmese Air Force before being retired in 1956. 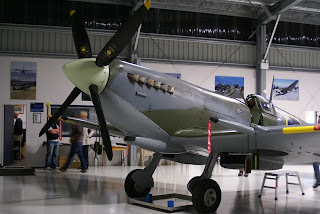 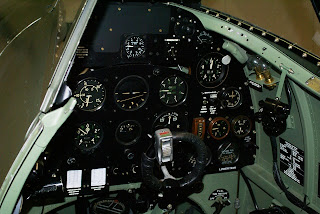 In addition to all the other displays and artwork around the hangar walls, a nice touch is an original section of PV270's skin, bearing the colours and serial it wore in Burmese service. 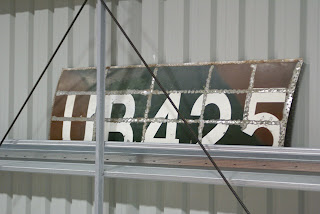 I remember reading about this particular Spitfire in a magazine as a child while it was still sitting on a pole in Burma. As an adult to be walking around it and inspecting it in my own country as a fully restored and airworthy machine was more than a little surreal, and an enormous privilege. If you could have told me back then I would spend an evening like this in the future I probably wouldn't have believed you :).