Back to the bench

I often take breaks of varying lengths between active model building periods like now, not having built anything since December. But with summer evening sports finished, winter closing in and the national competition returning to Wellington in a little over four months, it is time to tidy up the bench and get back into things. As a general rule I build for fun not to compete, but the competition and show provides a good motivational deadline to get stuff done. 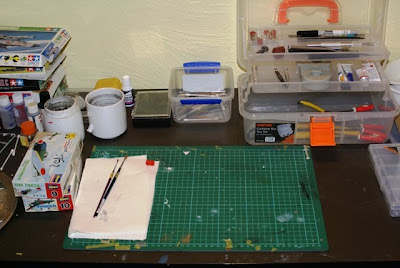 I am trying to start now so as to avoid the power building madness that accompanied my last encounter with the nationals two years ago. I also have a few things I want to try and get out of boxes and on display by then: 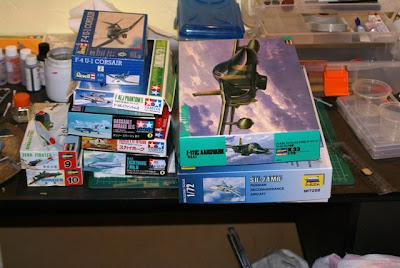 It is ambitious given how slowly I build stuff, but I am going for an 'aim for the stars' vibe. It will be interesting to see how far I get by August.
Posted by Off-Black at 8:36 pm

It's nice to see someone else with piles of model boxes, although Matt's is bigger and he doesn't build them. He buys the diecast variety.

You should see the rest of the stash...:)