Kereru get kind of surreal when you try and photograph them flying across your backyard in gathering twilight on a dark day with a shutter speed of 1/50th sec.... 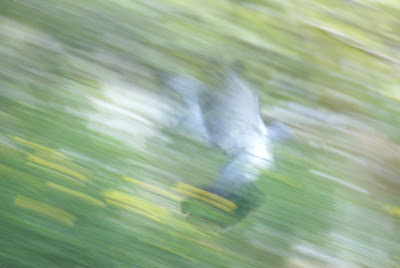 With spring springing and lots of tasty things flowering, Kereru have been regular visitors to our property lately, aided by our close to rural location with lots of nearby bush for them to nest in. I like them. They are native, big, colourful and have lots of character (much more than their smaller city cousins). Plus they are one of the noisiest birds I have ever heard when flying (maybe to make up for them being almost silent call wise. They don't coo like other pigeons, vocalising rarely and quietly), each flap of the wings generating a whoomp you can easily hear from inside the house if they are nearby. 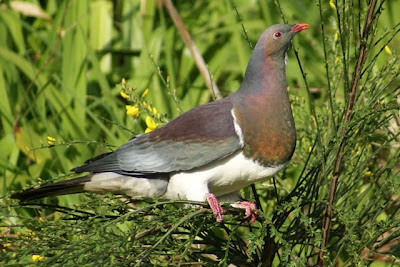 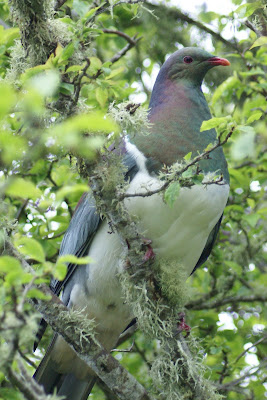 Maybe due their size you can get quite close to them before they will get bothered, which probably has something to do with them being technically endangered as a species (along with the usual suspect of habitat destruction), something I was surprised to learn given how often I see them. 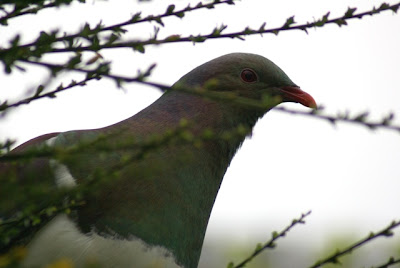 Together with the local tui, morepork and hawk populations, the bird life is one of the reasons I like living in the hills where I do.
Posted by Off-Black at 10:24 pm

the sound they make when they fly overhead is amazing...and i just love the white singlets that they wear.