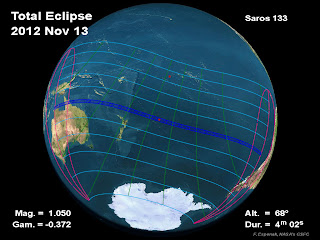 The partial eclipse today was AWESOME. We didn't get treated to the full total thing like Cairns, but even at 76% obscuration like we had in Wellington it was spectacular. Which is good, because it will be 2025 before we get another one here anything like it :). 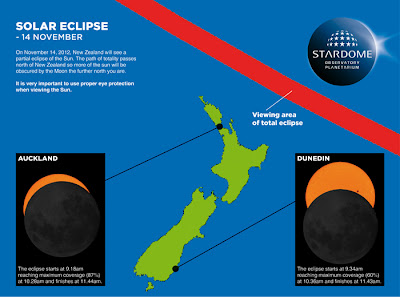 The further south you went the less eclipse you got, but to make up for it we had a perfect day, the only clear sunny day I can remember seeing an eclipse on, and this was the best I've ever seen. As not quite totality approached, there was a distinct sudden chill in the air to go with the eerie not-quite-right light level for a bright sunny day. Being able to both see and feel the eclipse was amazing.

Since direct observation with the naked eye is not an option with these things (unless you want to risk permanent eye damage, can't stress that enough), indirect viewing was in order. Around the science establishment I work at there were a few methods being demonstrated.

My attempt at making a pinhole viewer using a piece of paper on a clipboard and a piece of cardboard was successful, but unspectacular (although still cool since it was my first glimpse of the eclipse): 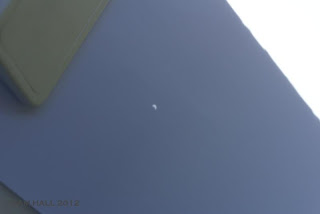 A colleague made a more effective one (I think the key might have been a thinner piece of cardboard to act as a lens). 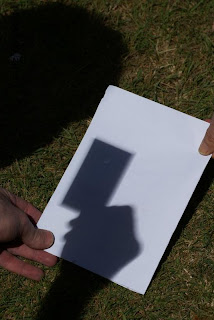 Failing that you could always just use your hand, making the "OK" sign and allowing the sunlight to pass through the gap between your thumb and forefinger. 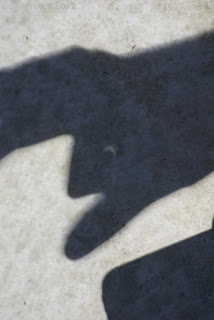 Or just find a tree, where the gaps between the leaves can be just as effective as pinhole lenses,  a phenomenon I'd heard about but never seen before today: 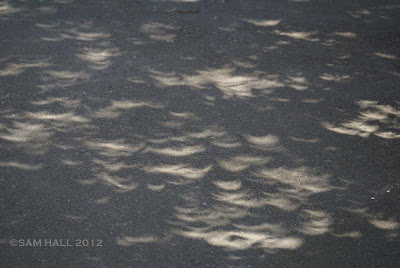 Pinhole viewer using just a tree (evergreen preferred) and a piece of paper: 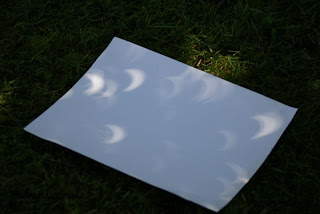 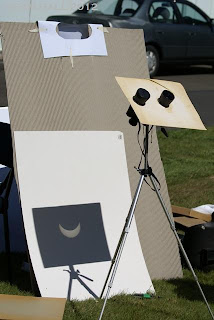 Nothing was quite as good though as (safely) looking right at the sun and moon through a suitable filter, in this case a handy piece of mylar film that another colleague had thoughtfully prepared: 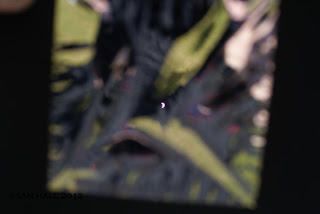 And this was the icing on the day for me, since when I put the mylar in front of my telephoto camera lens the result was spectacular (disclaimer, be very, very careful when you do this. Never ever look at the sun directly through unfiltered optics like telescopes, binoculars or camera lenses). With the settings adjusted you could even see sunspots (the little dots) and mountain ranges silhouetted on the moon. 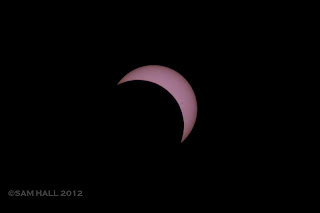 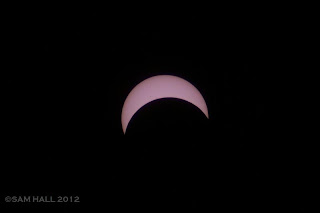 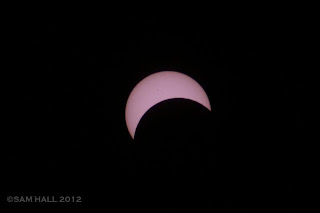 One of the coolest things I've ever seen, let alone been able to photograph